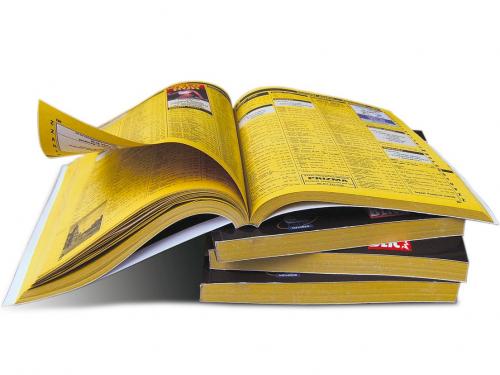 Life must have been easier back in the day. Think about it. You’d never have to wonder whether the blacksmith down the road was any good, because in a village with a few hundred people, everyone would know someone who’d used his services. You’d never have to guess about the banker to trust, the bakery to get your bread from or the friendly medieval moat maintenance guy, because word of mouth would tell you everything you needed to know.

Granted, the above examples are a bit of an exaggeration (after all, those poor people did have to deal with the risk of the plague and the occasional revolution) but they do make a point. In today’s world, it’s hard to know whether the businesses that surround you are reputable and of good quality.

What About The Internet?

In response, many people point to the runaway success of the Internet in providing information about services and businesses everywhere. Reviews on websites, the number of Facebook “likes”, and their prominent position on a map can all be taken as signs of a quality operator.

But is that really the case? The truth is that each of the above things can be faked or bought. Even Facebook likes can be purchased for a price.

In many ways it makes perfect sense. In a world where online reviews and feedback are the first point of call for potential customers, the Internet has created a situation where businesses buying some imaginary friends or writing a few fake reviews is simply a way to keep up with competitors. No wonder either: studies show that over 80% of people admit that online reviews influence their purchasing decisions.

The media occasionally picks up a story of a business stretching the truth, especially in service-based industries such as restaurants and entertainment via portals and review sites such as Urbanspoon.

In addition to these obviously deceptive ways to influence potential customers by subverting public reviews, there are completely legal and transparent ways to get good placement on the web.

The most well-known search tool for every single person on the planet is, without a doubt, Google. What most people don’t realise, however, is that Google is not really a technology company. Instead, the lion’s share of its profits comes from selling their advertising services, so they are focused on ways to increase spend and overall budgets.

Take this example. Television commercial slots are much more expensive between 7pm and 9pm than say, 2am in the morning. Primetime is where the most eyeballs are, so that’s where the most dollars are paid. Page one on Google is primetime. Think about it: when was the last time you scrolled through to page 8 to check all your results?

So when traditional directory services without reviews, review based websites and even your own “research” on Google all present with major flaws, what do you do? The most common and human instinct is to find someone you know and trust with prior experience and ask them. Using someone who you trust to inform your decision helps avoids the worst options. But what if there’s no one to ask; for example, if you’re new to a city or no one has used the service you’re after?

That’s where new services like Trusted Cleaner come in. They fill the gap by reviewing businesses according to a strict vetting process, and only list those businesses that make the grade. Rather than sorting through hundreds of Google results, it lists the top options, localised by area and filtered by quality.

While it might be tempting to look back longingly on simpler times, there are services that provide essential sorting the best from the rest so you can make the right decisions.